Get set for Popcorn Day! 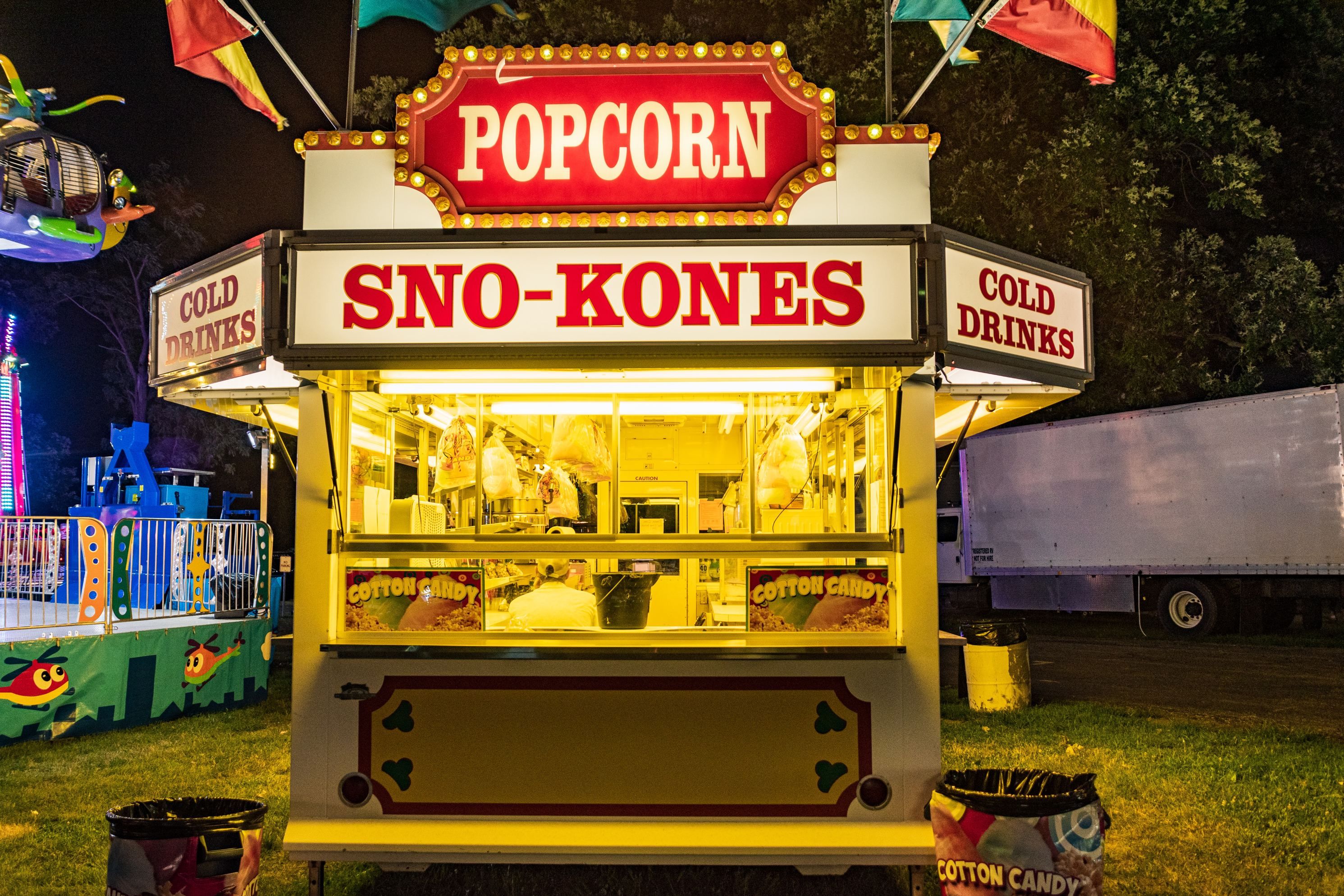 Did you know January 19th is National Popcorn Day? Popcorn is an incredibly versatile snack, and we wanted to give it the attention it deserves. We’ll take a closer look at the history of popcorn, as well as some weird and wonderful facts about this super snack food. 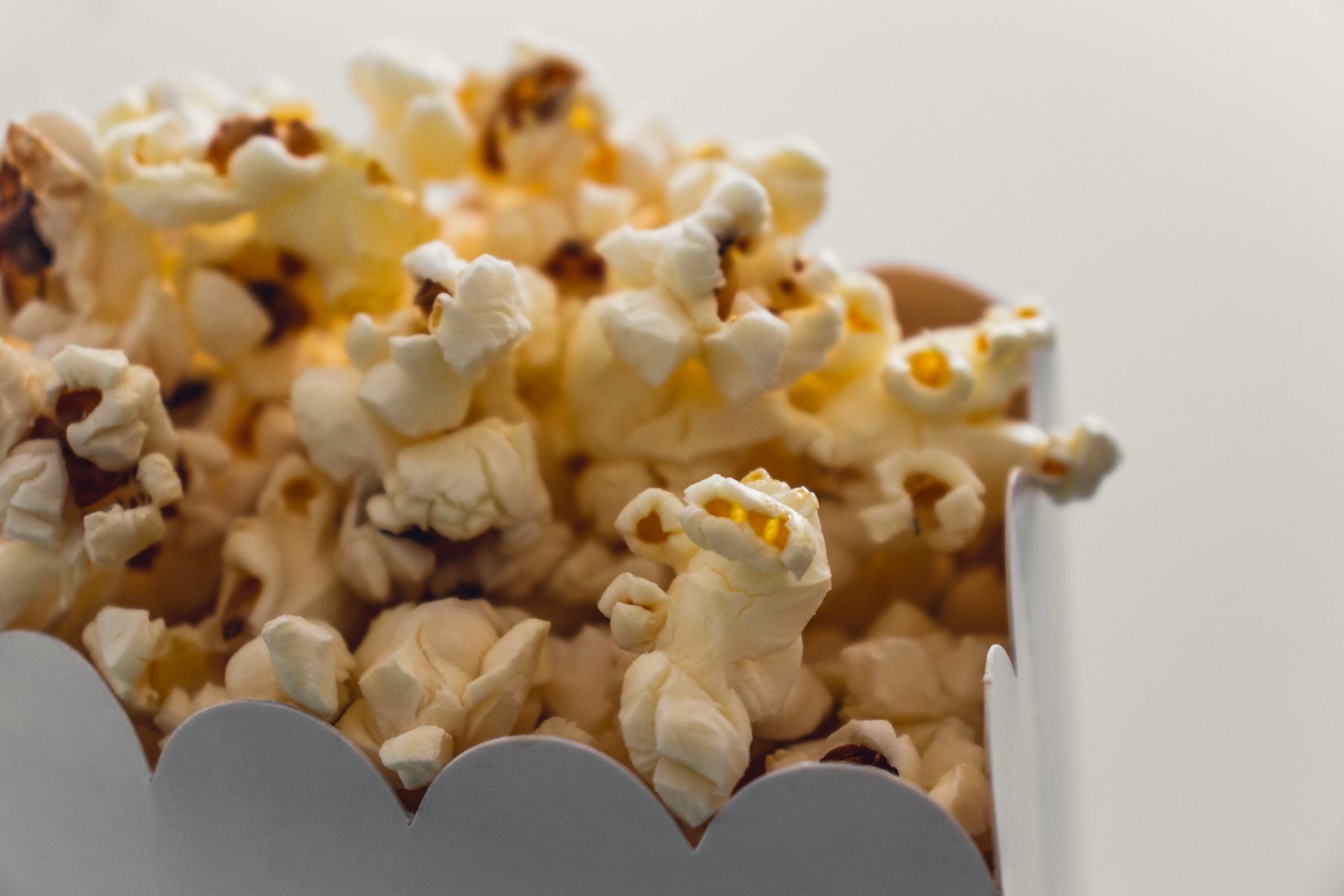 We celebrate National Popcorn Day each year on the 19th of January. It’s the invention of America’s National Popcorn Board, who felt the snack needed a bit more celebration and recognition. It first became popular in America during the 19th century, with fairs and carnivals capitalising on its low cost, crunchy texture and salty flavour.

While Americans are the king of popcorn consumption (eating 13 billion quarts of the stuff each year) the UK has a big popcorn appetite too. The Snack, Nut and Crisp Manufacturers Association values the UK popcorn market at between £116 and £179 million. UK manufacturers produce between 12,000 and 15,000 metric tonnes of bagged popcorn a year. Now that’s a lot!

Why do we love popcorn? 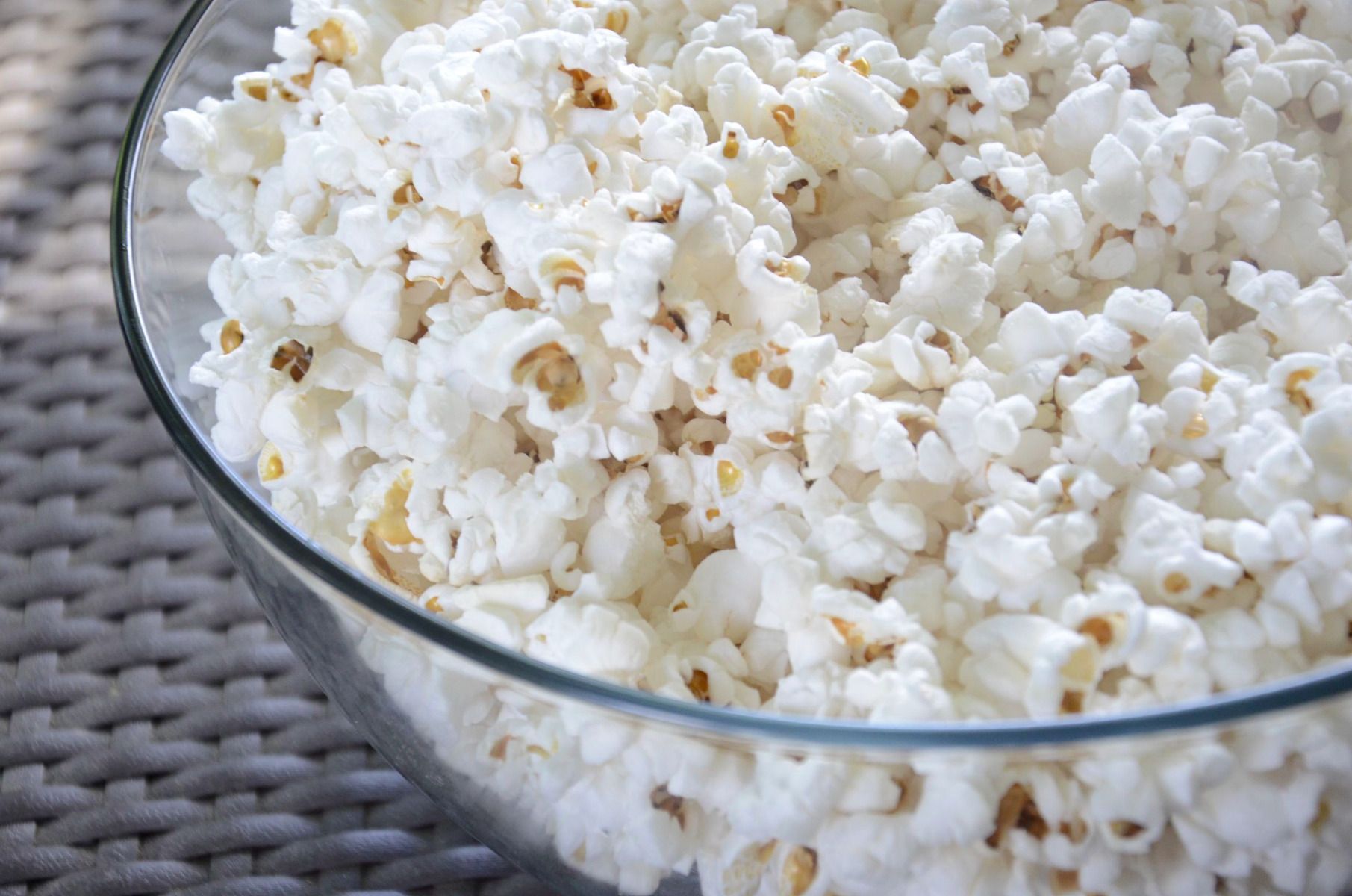 A big draw of popcorn is its versatility; it works as both a sweet and salty snack, and there’s plenty of recipes to explore. Why not check out our guides to sweet popcorn and salted popcorn recipes? We’ve got a range of exciting options, including a peppermint and white chocolate variant and a tasty popcorn pizza melt!

Besides its versatility, popcorn has other merits. It’s cost-effective—popcorn is cheap to buy and easy to prepare. It’s gluten-free and vegetarian, making it great if you’re after some vegetarian snack ideas. It’s also low in calories, ensuring that if you don’t go overboard with toppings it’s a guilt-free snacking option.

Your popcorn eating habits might also say something about your personality. People who enjoy popcorn by the handful are more likely to be extroverts, and enjoy sharing their popcorn with others. On the other hand, if you take one piece of popcorn at a time, you’re likely to be an introvert and keep your popcorn to yourself.

Why is it often a movie companion?

Most of us think of popcorn as a cinema snack, and snacks are indeed a cornerstone of today’s cinema industry. For many moviegoers, a film isn’t complete without a tub of popcorn to accompany it.

However, cinemas didn’t start out as a popcorn-friendly environment. The first cinemas showed silent films, which banned snacks on the premises. This was because early cinema halls imitated traditional theatres and opera houses, which also banned food. These places were concerned with the noise and litter that came with eating during a show.

This started to change around 1929, when America’s Great Depression created a hunger for cheap, escapist entertainment. The movie industry scratched that itch well, with popcorn vendors often selling their wares outside the cinema. This allowed movie fans to smuggle popcorn into the movies (though of course we don’t condone such actions nowadays!).

The 1940s gave popcorn another boost in America. As a consequence of the Second World War, sugar and sweet treats were rationed, and therefore expensive. Corn kernels and salt (the key ingredients of most popcorn) were much more commonplace, and much more popular as a result.

As a result, today’s cinemas offer snacks as part of the movie experience, not an obstacle to it. As a consequence Popcorn is now also very popular during home movie viewing.

Which films encourage the most popcorn eating? 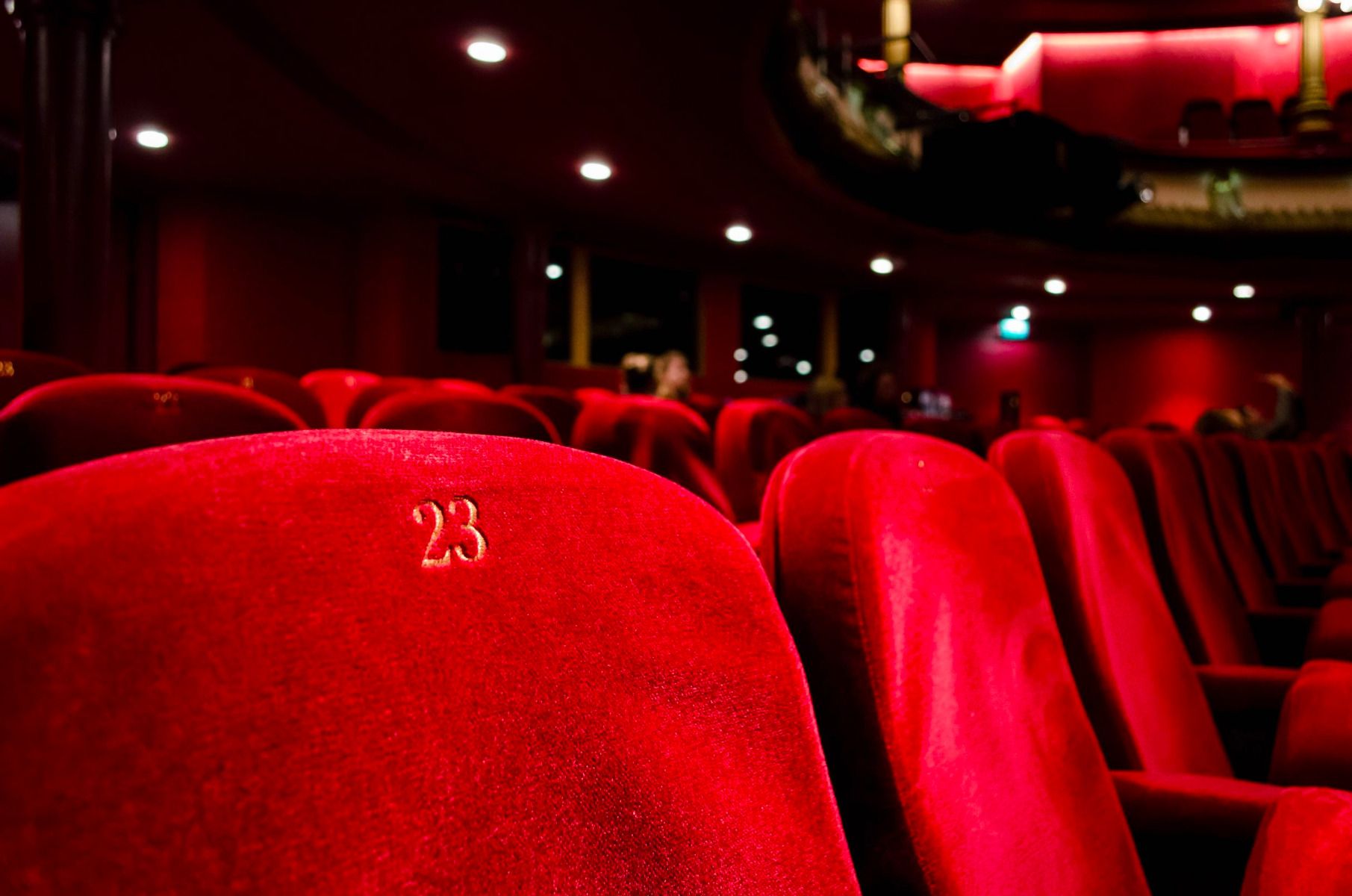 The amount of popcorn we eat is apparently influenced by what we watch when we’re eating it. One study had a group of volunteers watch a fast-paced action thriller—and footage of celebrity interviews—while eating popcorn. During the thriller, volunteers ate twice as much popcorn when compared to their popcorn consumption during the interviews.

The lead researcher on the study said that if we snack during an action movie, our mouths will see more action too. In other words, the more distracting a programme, the more snacks you will eat.

A follow-up study by the same group delved into the most popcorn-friendly film genres. According to their research action films encourage the most popcorn eating, followed by comedies and sad films.

Emotional impact seems to be the key here; stress encourages us to eat more, while positive reactions (e.g. to something funny) discourage us from eating instead.

And finally, some fun & unusual facts about popcorn 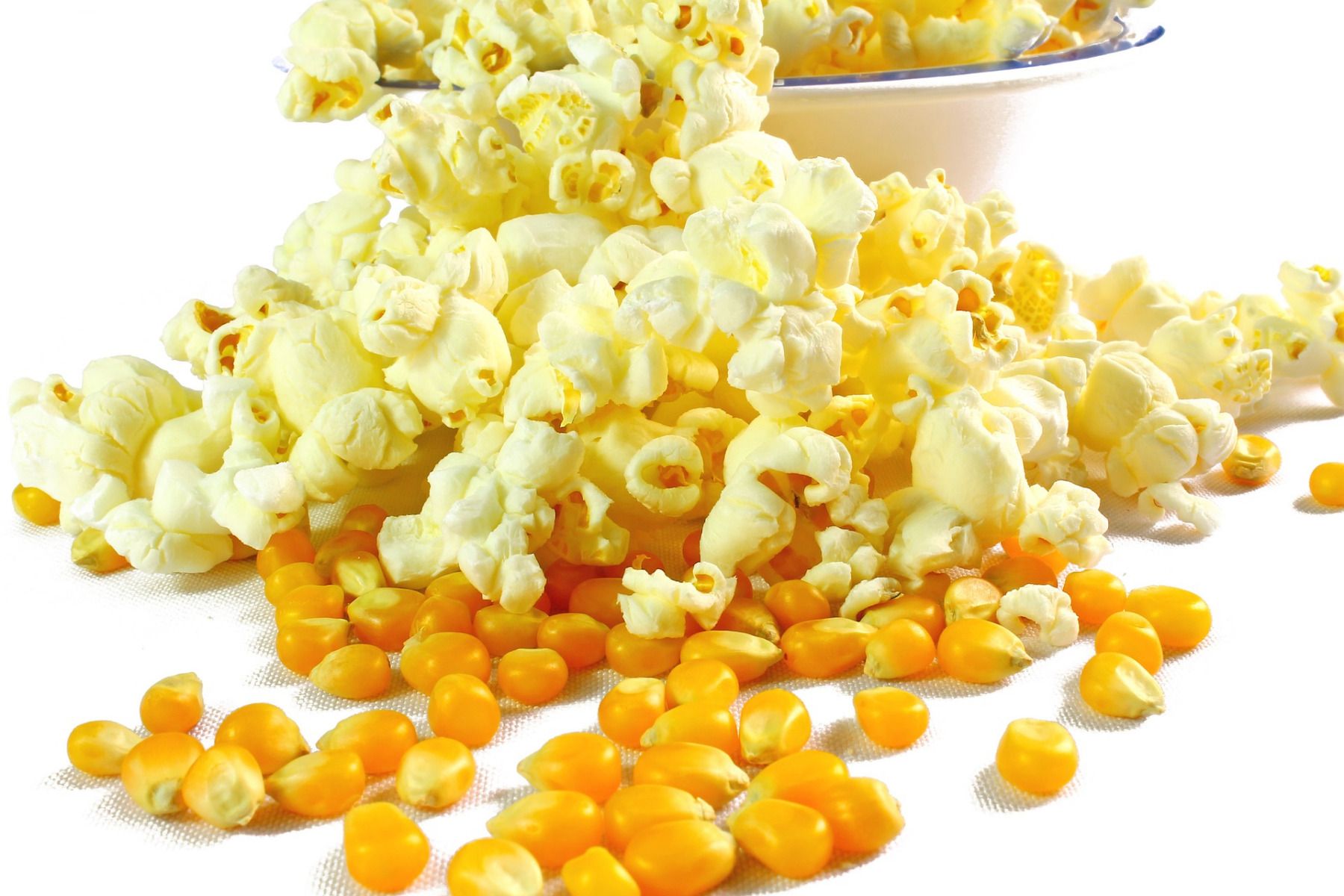 Popcorn is a pretty interesting food, and we thought you’d enjoy these fun facts about the snack.

However you enjoy it, popcorn is a key part of our snacking habits! You can buy popcorn online (including mixed sweet and salty snack packs) by visiting our snacks page.

Why not stock up on popcorn (and your other favourite treats) by making sure you order snacks online? With Oscar season just around the corner, and the winter months being perfect for movie marathons, having plenty of snacks to hand is never a bad idea.

While you’re here, don’t forget to sign up to the Regal newsletter. It’s the perfect way to stay in the loop with new blog posts, recipes, product launches and our fun competitions.